Reports of a male passed out in a vehicle led to the arrest of Glen Gould. Police received calls that Gould was passed out behind the wheel of his vehicle which had been running for over two hours. Gould, age 54 was arrested by Port Hope Police at 11:59 am on December 15, 2020 for operation while impaired-alcohol and drugs. Gould was later released on an appearance notice to appear in court on  December 30, 2020 to answer to the charge.

Police are having vehicle entries over night.  Remember to lock your vehicles at night. Port Hope Police want to remind the community if you are receiving parcels at your door please have someone take the parcel inside if you are not home as parcels are being stolen from porches. 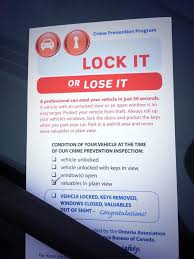