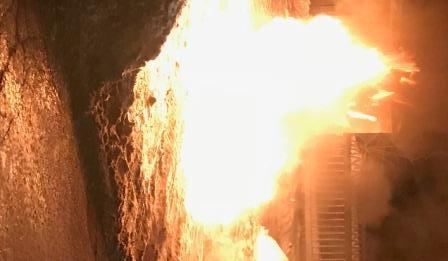 On Thursday January 4th 2018 shortly after 7:00pm Port Hope Police were called to an east end residence regarding the theft of a vehicle. The owner reported she started the vehicle to allow it to warm up. It was left unattended for 5 minutes during which time someone took it. Police are looking for a 2012 KIA Rondo, Brown Ontario Marker- BBRE089.  Vehicles left unattended to warm up are easy targets for thieves. Police recommend locking the vehicle while it is running and to never leave the vehicle unattended and running for long periods.  Anyone with information is asked to call Port Hope Police at 905-885-8123, email phps@phps.on.ca or Crime Stoppers.

A 45 year old Port Hope man wanted on a warrant was arrested early Friday morning. The man was charged in November 2017 for theft and released with a court date in early December. On that date he failed to show up for court and a bench warrant was issued for his arrest. Shortly after 1:00am on Friday January 5tha Port Hope Police officer observed him riding a bike in the down town core. The officer was aware that the man was wanted and he was subsequently arrested. He is charged with failing to appear in court and failing to appear for fingerprints and photographs. He was held in custody for a bail hearing later that day.

On the 7th of January shortly before 3am Police were alerted to a vehicle fire in the Walton/Pine Street area. A person returning home from work noted a small fire under a vehicle. The man located a Police Officer on patrol that attended the area and observed a Jerry Can on fire that was under the gas tank of a vehicle.  The officer was able to pull the can out from under the car before it spread to the vehicle. The Port Hope Fire Department was called to the scene to extinguish the jerry can that continued to burn. A potentially very serious incident was adverted because of the quick actions of the officer and the witness.  Police are continuing the investigation. Anyone with information is asked to call Port Hope Police @ 905-885-8123, email phps@phps.on.ca or Crime Stoppers.