Back to News
Media release 27th February 2018 "Frauds and Scams" 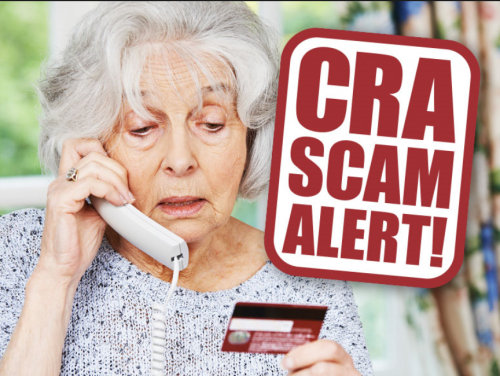 A customer bank representative saw through an attempt to defraud the bank in what was described as the quick change scam. On the 24th of February two men entered the TD Canada Trust and one approached the teller and advised he wanted to change his $100.00 bills to $50.00 dollar bills. The teller recognized this very quickly as the early stages of the quick change scam and told the man she would not change the money and the two men left.  The scam starts with a request to change larger denomination bills to smaller ones. Then the person says he made a mistake and wanted American Funds. When the money his handed back some is skimmed from the bottom and the ruse continues.

A Trenton woman has fallen victim to the CRA scam. The woman received a message on her answering machine from someone purporting to be a CRA investigator indicating she owed back taxes.  When the woman called the number back she a male told her she owned $5000.00 in back taxes and convinced her to attend Port Hope to a BITCOIN ATM and deposit funds of $1,400.00.  After she did this, she saw a warning sign posted above the BITCOIN ATM warning people not to deposit for CRA. The complainant then came to Police.

Port Hope Police continue to warn citizens about this scam and advise people not to act on any messages left on answering machines or phone calls from people who claim they are Police Officers or CRA Investigators. The CRA does not utilize telecommunications or email to enforce any alleged unpaid taxes.  Certainly the CRA does not collect back taxes by way of BITCOIN, “Cryptocurrency" or I-tune cards.