Arrests in Break and Enter | Home

Back to News
Arrests in Break and Enter 22 October 2020 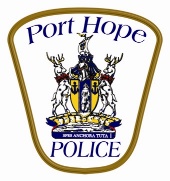 On Monday October 19, 2020, at 7:50am, The Port Hope Police were called to a Maitland Street business for a Break and Enter and Theft of a motor vehicle. Numerous tools and two sets of golf clubs were stolen as well as 2010 Chevrolet Impala company vehicle.

Later the same date Cobourg Police Officers stopped the stolen vehicle on George Street, Cobourg arresting a 35 year old male Charles Butler. He was turned over to members of Port Hope Police and as a result of the investigation Butler was charged with Break and Enter, Theft of Motor Vehicle and Possession of Property Obtained by Crime. He was later released on an Undertaking with a court date in November 2020.

Further investigation by Uniform and the Criminal Investigations Bureau led to the arrest of a second male.

On Wednesday October 21, 2020 at 2:20 pm members of the Port Hope Criminal Investigations Bureau with the assistance of the Cobourg Criminal Investigations Bureau arrested 28 year old Nicholas McCarthy on Ontario Street in the down town area of Port Hope. McCarthy was charged with Break and Enter, Mischief, Theft and Breach probation. He was later released on an Undertaking with a court date in November 2020.

Subsequently Police recovered much of the stolen property from the Break and Enter from a Walton Street address.

On Wednesday October 21, 2020 while Port Hope and Cobourg Criminal Investigations Bureaus were investigating an unrelated incident at a Walton Street address a female was arrested on an outstanding arrest warrant held by the Cobourg Police Service.

32-year-old Cobourg resident, Tammy MARLOW was arrested by Cobourg Police and held for a Show Cause bail hearing